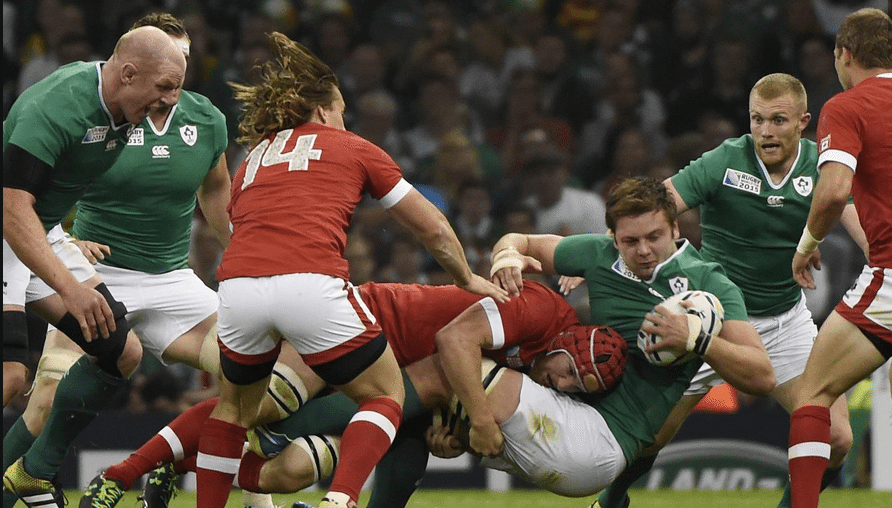 Ireland claimed an impressive 50-7 bonus point win in their World Cup opener against Canada in Cardiff on Saturday.

Joe Schmidt’s men put demons to rest from their tournament warm-up encounter with England by leading 29-0 at the interval, after Canada captain Jamie Cudmore went to the sin-bin.

Sexton converted an early penalty opportunity before powerhouse O’Brien went over for a maul try, minutes after Cudmore left the pitch. Ulster’s Henderson, who put in an excellent performance up-front, crashed over for the next score with the support of Rory Best, Sexton added the extras for both efforts.

O’Brien and Sexton were in the action again with the back-rower providing an inside pass for his fly-half to go over in the left corner. The bonus point came soon after with a break from Luke Fitzgerald, who off-loaded to Dave Kearney for the final try before half-time. Sexton’s conversion attempt was successful.

Ireland captain Paul O’Connell was sent to the sin-bin in the early stages of the second-half but it wasn’t long before the Irish attacked through Cronin to score in the 66th minute. Replacement half-back Ian Madigan sliced the posts as he began to build his impact.

Payne’s kick was blocked by DTH van der Merwe who cantered down the touch-line to score Canada’s only try of the game. A terrific break from Keith Earls lead to a score for Rob Kearney who collected the inside ball, with Madigan adding the extras.

Ulsterman Payne rectified his earlier mistake by getting in on the tries with a glide through the Canadian defence, after taking Madigan’s pass at speed. The centre rounded-up the scoreline before Madigan converted.

How the Ulstermen rated:

Iain Henderson –  Probably the most impressive from the Ulster contingent. Henderson’s physical presence around the park has once again got him noticed within the Test arena. The 23-year-old took his try well and has presented Schmidt with a selection headache. However, most would say his starting shirt is already secured. Rory Best gave his fellow ulsterman some praise after the game, describing Hendo as a “bit of a genetic freak.” (9/10)

Rory Best – The Ulster captain contributed to Henderson’s try with strong support and gave a brilliant defensive and breakdown performance throughout the game. Kept himself busy at all times and was effective in the scrum. (7/10)

Jared Payne – The centre’s kick into the hands of van der Merwe wasn’t his finest moment but he redeemed himself with a slick move to score. Always a threat in attack and has cemented his position as the starting 13 in this World Cup campaign. His flair will undoubtedly improve once he is reunited with Connacht’s Robbie Henshaw. (8/10)

Chris Henry – Featured as a replacement for Sean O’Brien on the 64th Minute. Was his usual self, strong at the breakdown and aggressive in the tackle. (6/10)