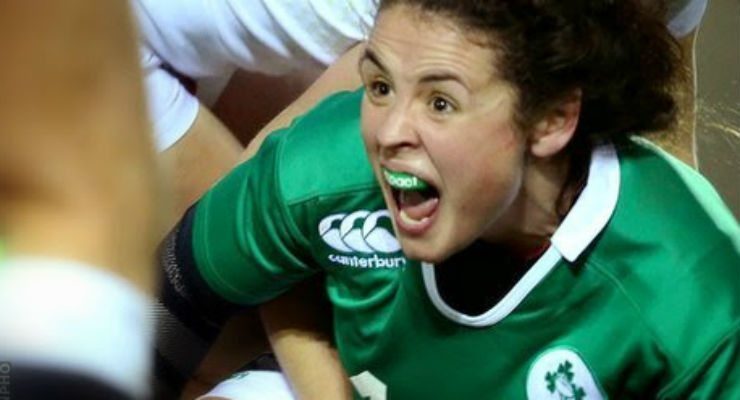 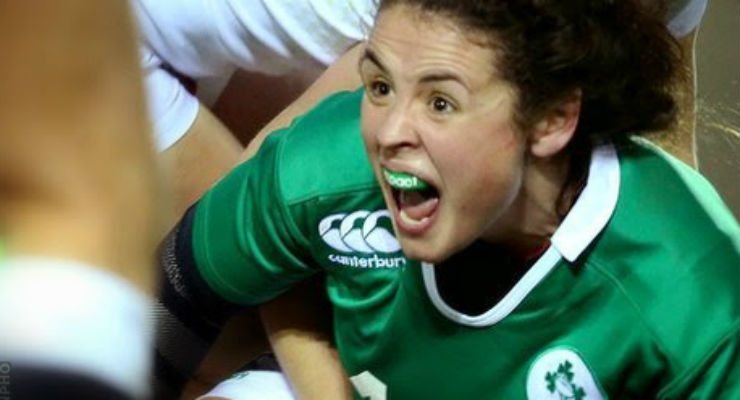 Larissa Muldoon celebrates her try against England at Ashbourne on Friday night.

It’s been a solid if unspectacular Six Nations for Ireland Women to date. A strange opening statement given that they have just beaten England, the reigning World Champions, 11 – 8 at Ashbourne RFC on Friday night.  However both teams, and frankly the performance, were a far cry from the last meeting six months ago in the World Cup semi-final that England won 40 – 7.

Both have made changes on and off the pitch with the World Cup management teams and experienced players moving on after highly successful campaigns for both countries. Ireland’s management changes may have been planned, albeit poorly executed, but the shock “resignation” of England’s most successful coach Gary Street, weeks before the Six Nations championship was something of a surprise, a surprise that England have failed to recover from.

Despite that, let’s not underestimate the significance of Ireland’s win, it is, after all, only the second time Ireland have beaten England in 21 meetings and any win against the reigning World Champions is a memorable achievement, one that will be locked in the hearts of the players that took part and brought out and caressed long after their playing days are over, however, while it may well go down in the history books as a great win it won’t live on in the memory as a great performance.

The first half was a scrappy affair with both sides making too many mistakes. England largely dominated, after a robust opening from Ireland, with Katy Mclean slotting over one of three penalty attempts. Niamh Briggs replied with a three pointer for Ireland before the visitors upped the pressure which eventually resulted in Harriet Millar-Mills going over after a dominant scrum close to the line.

The teams turned round with England leading 3 – 8.

Ireland responded well after the break with, Ulster exile, Larissa Muldoon spotting a gap with a quick penalty, her cheeky touchdown levelling the scores at 8 – 8 but the game quickly reverted to the stilted style of the first half.

Both teams had their chances in the remaining half hour but it was Ireland that finished the stronger setting up an impressive driving maul in the closing minutes which led to the winning penalty kick from Briggs, who calmly converted as the clock ticked down towards the final whistle.

The result puts Ireland back in the running for the Championship but they will need England to do them a favour in their final match against France, who looked very impressive in a comprehensive win against a resurgent Wales.

Ireland must of course beat Wales in what will be a very tricky encounter at St Helen’s, Swansea, in a fortnights time if they are to take their Championship chasing hopes to the final weekend when they face Scotland at Broadwood Stadium, just outside Glasgow.