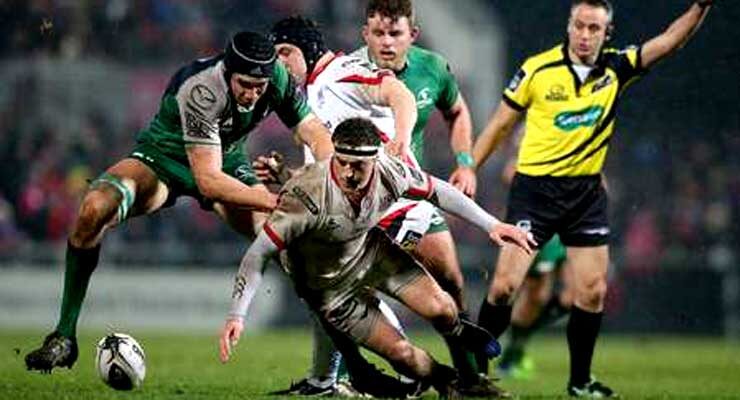 Rob Herring scrapps for the ball in a Man of the Match performance.
PRO14

By Editor on December 28, 2014 0 Comments
Rob Herring scrapps for the ball in a Man of the Match performance.
ADVERTS
PRINTS 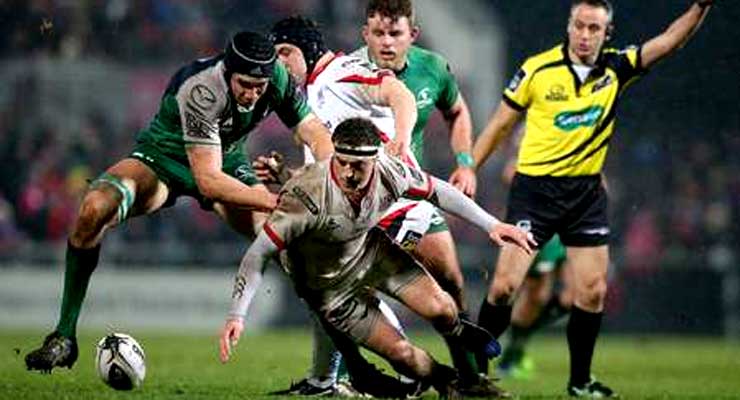 Rob Herring scraps for the ball in a Man of the Match performance.

Ulster returned to winning ways on Friday night at Ravenhill with a scrappy 13 – 10 win against Connacht. I’d hoped for a comfortable win but a resilient Westies side proved a tough nut to crack with Ulster perhaps slightly lucky to leave the pitch with four points.

The win sees Ulster slip back into the PRO12 Top Four but they will need to find some confidence and form if they are to maintain their play off spot at the end of the season.

Connacht are a team that need to be dominated from the start so I was somewhat disappointed that the visitors got the better of the early exchanges, with Ulster, and Jackson in particular, looking a bit rusty.

I was somewhat relieved that Connacht opted for a Carty penalty on the fourth minute as they looked to have Ulster on the rack – a lack of ambition that would come back to haunt the Westies later in the match. Ulster regrouped and looked to have worked an equalising chance only for Jackson to send it wide from out right.

Ulster, however, were starting to get on top and a simple chance in front of the posts was converted by Jackson on the 14th minute before the under pressure out half showed why he has to be persevered with as he executed a sublime inside pass, under intense pressure, to Gilroy on the 19th minute for the evasive winger to spin out of two tackles and score out left. Jackson added the extras and with 20 minutes gone it looked as though Ulster were in a good position to push on.

However, with the exception of Rob Herring (who showed excellent commitment and application throughout), Ulster looked content to contain their opponents and the game fizzled out as quickly as the spark of genius from Jackson had brought it to life.

The only point of note in the remainder of a stodgy first half was a second miss from Jackson from close in, the teams turning round with the score reading Ulster 10 Connacht 3.

The third quarter wasn’t much better and it appeared that the Ulster squad and coaching team had an eye on next Saturday’s match against Leinster as v d Merwe, Diack and Herbst all made early exits with O’Connor, Reidy and Fitzpatrick coming on respectively.

Sadly, Fitzpatrick still seems to be struggling in the scrum and a gilt edge chance for Ulster to seal the game, with a scrum under the Connacht posts, was blown before Jackson slotted over his second penalty to give Ulster a 13 – 3 lead, apparently giving the home side a bit of breathing space.

The ten point lead didn’t last long, as four minutes later second row Muldowney rumbled over after a good drive by the forwards. Carty converted to reduce the deficit to three points with 13 minutes left.

However, perhaps typical of the game, neither side found the enthusiasm to change the score line and Ulster did just about enough to hold on for a much needed win. 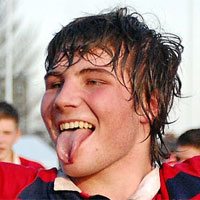 Congratulations to John Andrew who picked up his first cap (I believe) when he made a late appearance after Roger Wilson departed following a shoulder injury. Andrew went on at hooker with Herring slotting into the back row for Wilson.

A nuggety hooker with a bit of pace, I’ve been following Andrew’s progress from his Ballymena Academy days as he progressed through the Ulster and Irish U20’s squads. He’s made a few match day squads this season without getting on the pitch so it was good to see him get a bit of a run.