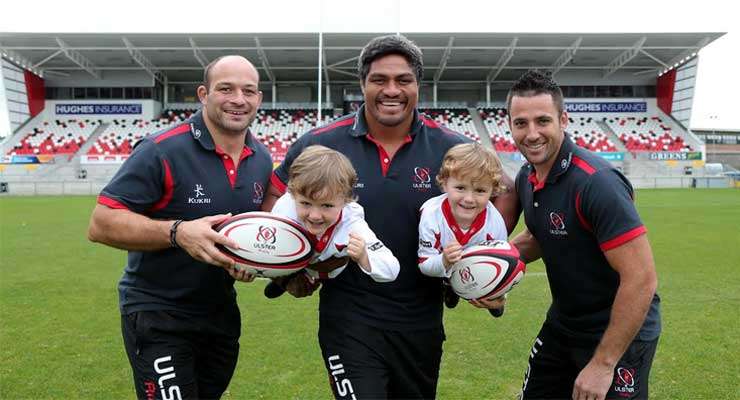 Speaking about the relationship Gareth Brady, Chief Executive of Hughes Insurance commented:  “Hughes Insurance and Ulster Rugby share many values which manifest themselves in our agreed sponsorship approach.  We believe in developing local talent, supporting family values and in striving to achieve the continued pursuit of excellence in our respective fields.  We look forward to working with Ulster Rugby to bring our sponsorships to life in and around the Kingspan stadium.”

To see if you have won and to be in with a chance to win other great prizes follow Hughes Insurance @Hughes_FBI on twitter, become fans of Hughes Insurance on facebook and search #WEAREFAMILY to win giveaways and family stand tickets across Northern Ireland.