By Editor on August 23, 2014 0 Comments
The colour clash of purple and ginger make Rory Scholes almost impossible to tackle!
ADVERTS 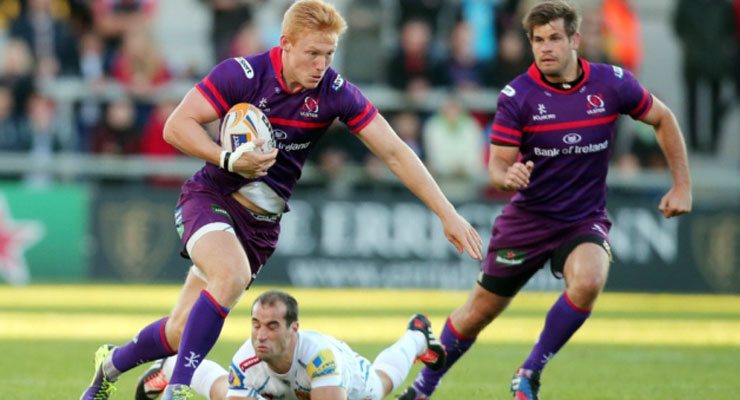 The new regime at Ulster didn’t exactly kick off in style, sartorial or otherwise, as a purple clad Ulster went down by a point to Exeter Chiefs at the newly named Kingspan Stadium.

Despite the scoreline it was a pleasing enough outing for Ulster’s largely second and third string players against a strong enough side from the Chiefs. Nice touches from Ian Humphreys, Louis Ludik and Rory Scholes in the back line and good scrummaging efforts from all three front row variations were big plusses for Ulster but the second row, including new signing Franco van der Merwe, and the back row combinations looked fairly lightweight against what is hardly the toughest opponents they are going to face this season! 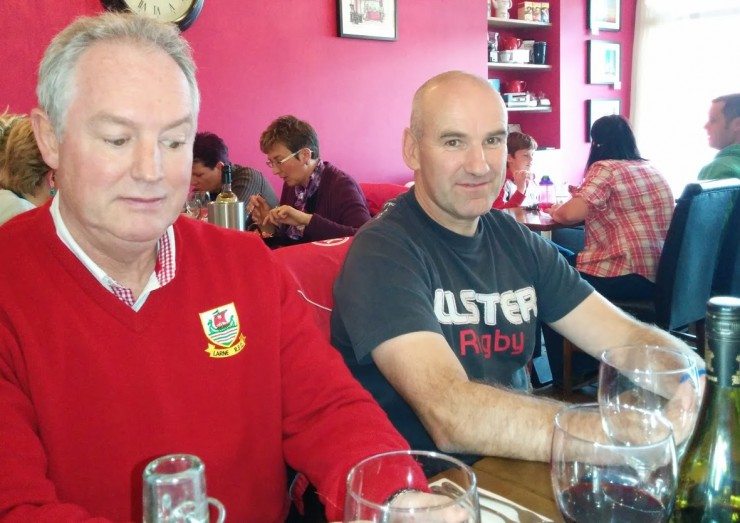 Pre-match warm up in the Belvedere Cafe, Cregagh Road

I hardly recognised any of the starting Ulster XV until I realised they were the one’s playing in the purple! (Yet another change to proud Ulster tradition – heads will eventually blow if this continues! 🙂 ). However once I found my bearings I started to check off the new players, well most of them as New Zealander Sean Reidy’s debut was short lived as he was carted off minutes into the game to be replaced by another new signing in Lansdowne’s Clive Ross.

Ludik looked industrious at outside centre and van der Merwe bobbled about in a red scrum cap but was fairly anonymous as was recent schoolboy Jacob Stockdale who looked the part on the wing but unfortunately didn’t receive a pass the whole game!

The much maligned Ian Humphreys was the Ulster highlight, rolling back the years and putting some structure in the Ulster back line but Ulster were slow to start and Exeter, having got a game under their belt last week, were first to cross with Matt Jess scoring out wide on the 15th minute.

Ulster worked their way back into the game over the next ten minutes and after a solid line-out on the Exeter 22 the ball was eventually moved wide for Scholes to score in the corner. Humphreys knocked over the difficult conversion and Ulster led 7 – 5.

A scathing first half assessment from Mr King Junior! “Will they bring on the good players in the second half?”

Things got better for the home side when a quick penalty by Paul Marshall was finished off by Ludik close to the posts with Ludik showing good awareness to make space for himself in heavy traffic. Humph obliged with the extras to give Ulster a 14 – 5 lead which they took into the break, the first half summed up by ten year old Mr King who asked his dad, “Will they bring on the good players in the second half”? Oh dear!

There were wholesale changes at the break but no big names and Exeter were first to find their feet with Gareth Steenson knocking over a 50th minute penalty before Ian humphreys rolled back the years to send Rory Scholes through the Exeter defence for a 40 yard run in. Setting aside his zimmer Humph knocked over the extras, to give Ulster a 21 – 8 lead, before retiring gracefully to the bench for a well earned rest.

Ulster lost a lot of structure with his departure and despite the ever changing front row combination performing well in the set pieces it was Exeter who looked the more composed. 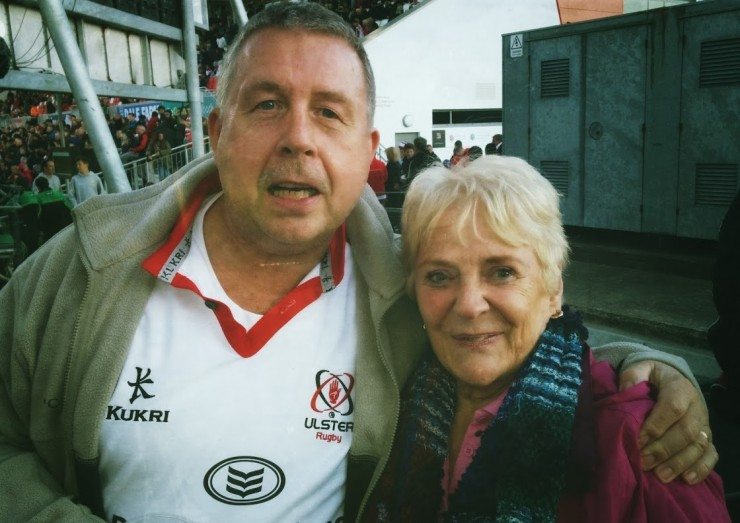 Connacht import Sean O’Hagan, on for Humphreys, got a baptism of fire being “forcefully encouraged” to take on a 79th minute long range penalty to win the game but despite a good effort it faded just wide along with Ulster’s chances of a win.