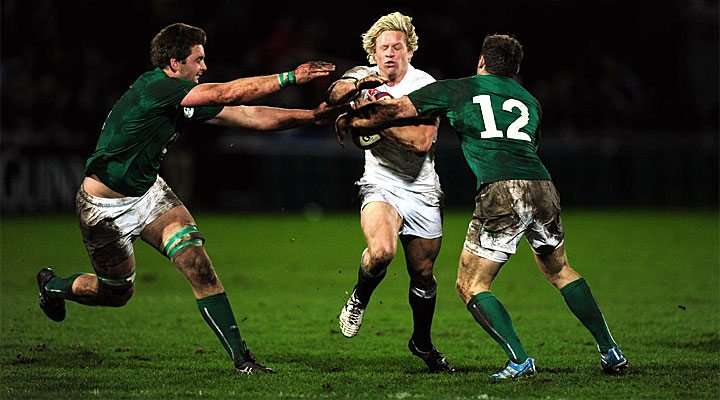 By Editor on January 26, 2014 0 Comments
Iain Henderson and Darren Cave get to grips with the Saxon's attack. Picture: Stu Forster Getty Images.
ADVERTS 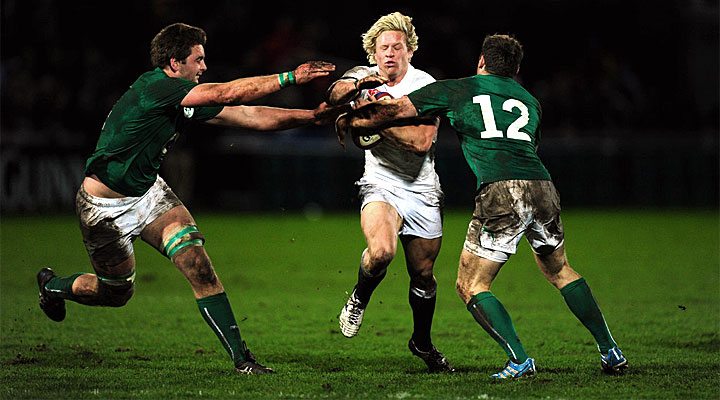 A gritty defensive display from the Wolfhounds was enough to secure an 8 – 14 win against England Saxons at Kingsholm on Saturday evening.

The conditions and the thrown together nature of the teams for these matches ensured it was never going to be a classic but Ireland’s pinching of two soft tries by Leinster pairing Isaac Boss and Ian Madigan proved enough to give the Wolfhounds victory.

Boss exploited a huge defensive gap to stroll over in the fourth minute  after dummying of the back of a scrum. Madigan added the extras and Ireland led 0 – 5.

Despite plying with the wind Ireland were pegged in their own half and, after spurring a few chances, England finally got on the scoreboard when Anthony Watson latched onto a Craig Gilroy fumble to sprint clear. Freddy burns missed the conversion leaving the score at 5 – 7.

Ireland nicked a second try moments later, this time Madigan catching the defence wrong footed with a quick tap and go at a penalty. The Leinster tyro added the extras to give a scoreboard reading England 5 Ireland 14 as the teams turned round at the break.

England continued to dominate possession in the second half but Ireland coped reasonably comfortably, leaking only a Burns penalty mid way through to take the score to 8 – 14.

A frantic finish from the English should have claimed the game but white line fever, and a committed Irish defence,  got the better of them and Ireland held on to claim the win.