You are at:Home»Features»RUGBY BALLS from RAVENHILL.
Features 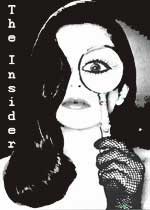 SECOND BARRIER CREW WELCOME NEW MEMBER
Latest recruit to the 2BC is 39 year old former prop forward Sevriano Rafael Iglesias, a prime example of why cousins should never be allowed to get married. Sevriano joins the 2BC courtesy of the EU funded, ‘Looney Exchange Programme’. He hails from the Basque region where he attempted to strangle a referee with a string of onions, and then attacked a linesman with a swan, both events happening in the same match. He got ten minutes in the sin bin for the referee offence and ten years for the attack on the linesman because swans are a protected species. This was reduced to two years on appeal after he revealed that other sadistic prisoners had forced him to read three back issues of ‘Hooker’ magazine in the prison library. The 2BC are currently drawing lots to find out which one of them gets ”exchanged” to the Basque country as they are all suitably qualified.

THE QUESTION ON EVERYONE’S LIPS
Despite the mild furore caused by the comings and goings of players, concerned supporters of Ulster Rugby have only one question on their lips-“Are Mike Reid’s trousers too tight ?” There is a clear division among the most loyal supporters that he is either(a) rehearsing to play the role of tight trousered John Travolta in an amateur version of Grease or (b) he is eating too much of it. Perhaps the explanation is simply that in a moment of optimistic ignorance he purchased the trousers in Poundstretcher. Sorely vexed, the FRU have returned to our old friend and resident psychiatrist Dr.R.Sole to give an expert analysis. Said Dr.Sole,”There are clearly defined risks connecting tight trousers and implications for the decision making process. Many of us know people who have driven from Belfast to Portrush in severe pain caused by the wearing of tight trousers. There are women even, who have been overheard saying,” Them trousers are cuttin’ the cookie aff me”. How many of these people, who are so relieved to get out of the car, promptly purchased a tattoo from Sailor Bill, which they subsequently regretted for the rest of their lives? This type of erroneus decision is clearly linked to the wearing of tight trousers. I fear for the future of Ulster Rugby !”

DISSIDENT URSC MEMBERS UNHAPPY WITH AURA OF CONTENTMENT EMNATING FROM ULSTER BRANCH
A large number of URSC members are threatening to break away from the main body and set up a dissident organisation called the URSC Alarmist and Scaremongering Society. A spokesman said, ” We are unhappy with the way some genuine supporters have apparently persuaded themselves that losing Bowe, Best, Harrison, and Wilson is of no consequence. We are convinced that these players know something that us ordinary supporters don’t. We tried to warn loyal Ulster supporters before about the dangers of AIDS, the hole in the Ozone, Avian Bird Flu, Global Warming, Mad Cow Disease, salmonella in the burger vans etc., etc., and they didn’t listen then but now we can see that we’re all doomed, I tell you, doomed…”